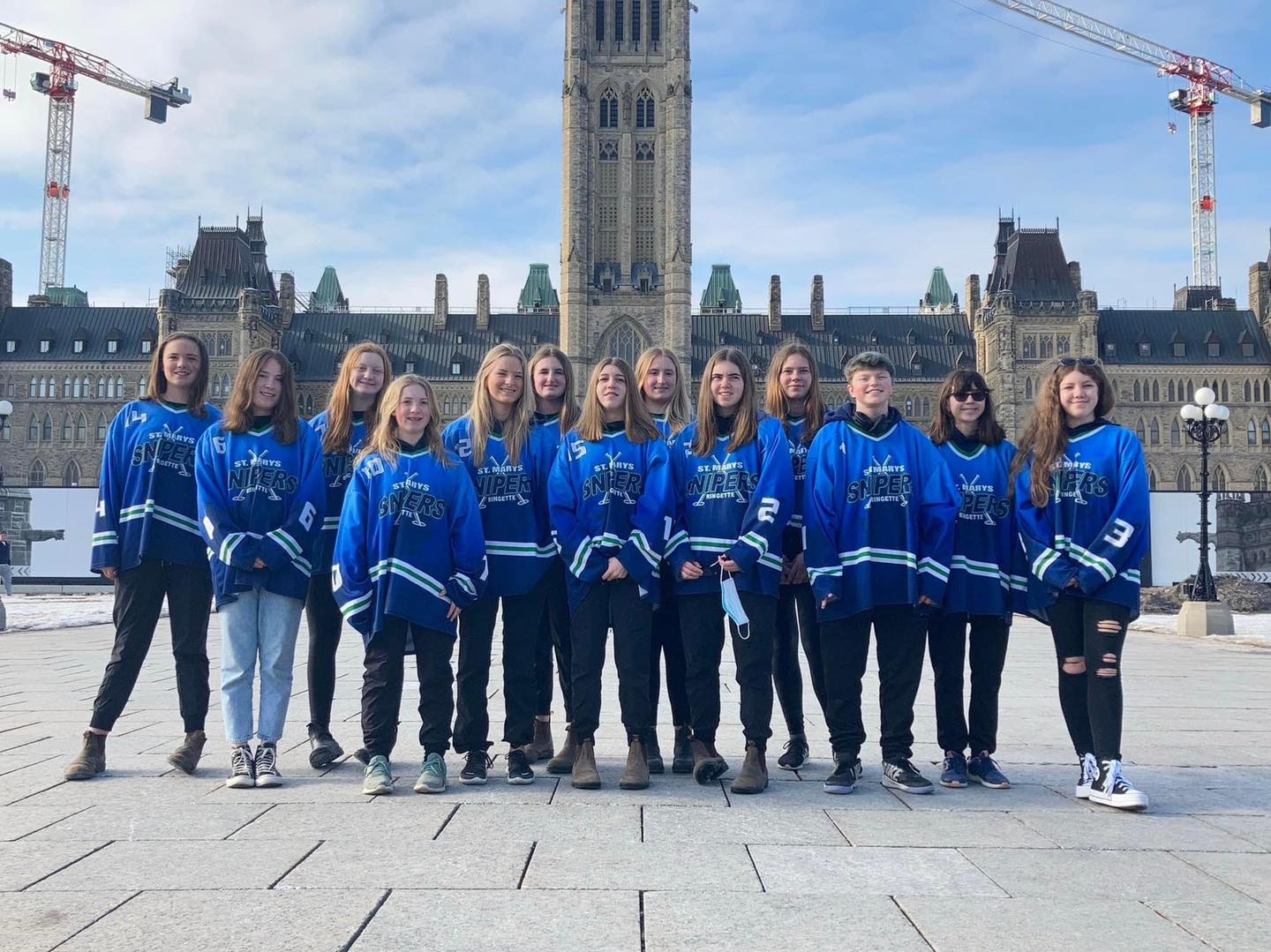 U16A Snipers made the most of Provincial Championships after 2 years of waiting due to COVID. The team skated to 2 wins, 1 tie and 2 losses, showing well in a tough draw that included a loss to the eventual tournament winners, an outstanding West Ottawa team who did not concede a single goal on the way to the final. The Snipers kicked off with a 6-4 win over Richmond Hill, before the loss to West Ottawa.

The 3rd game against Timmins was especially thrilling. A 3-1 lead for the Snipers slipped away to leave Timmins 4-3 ahead with 1.26 on the clock. Cortney Linton tied the game for the Snipers with only 32 seconds left, ending Timmins chances of playing on the final day. In the 4th game the Snipers came back from a goal down against Markham to win a hard fought game 2-1. In the final game against Nepean the Snipers held a 3-1 lead at the half, but a resurgent Nepean fought back to take the game 6-3.

The team came away feeling proud of a good showing against some worthy opponents, and having had a lot of fun in Ottawa.

Manage your identity from the palm of your hand to the top of your desk.